“"Bellizia's style of punk grass is different... and different is good." ” - Martin Atkins 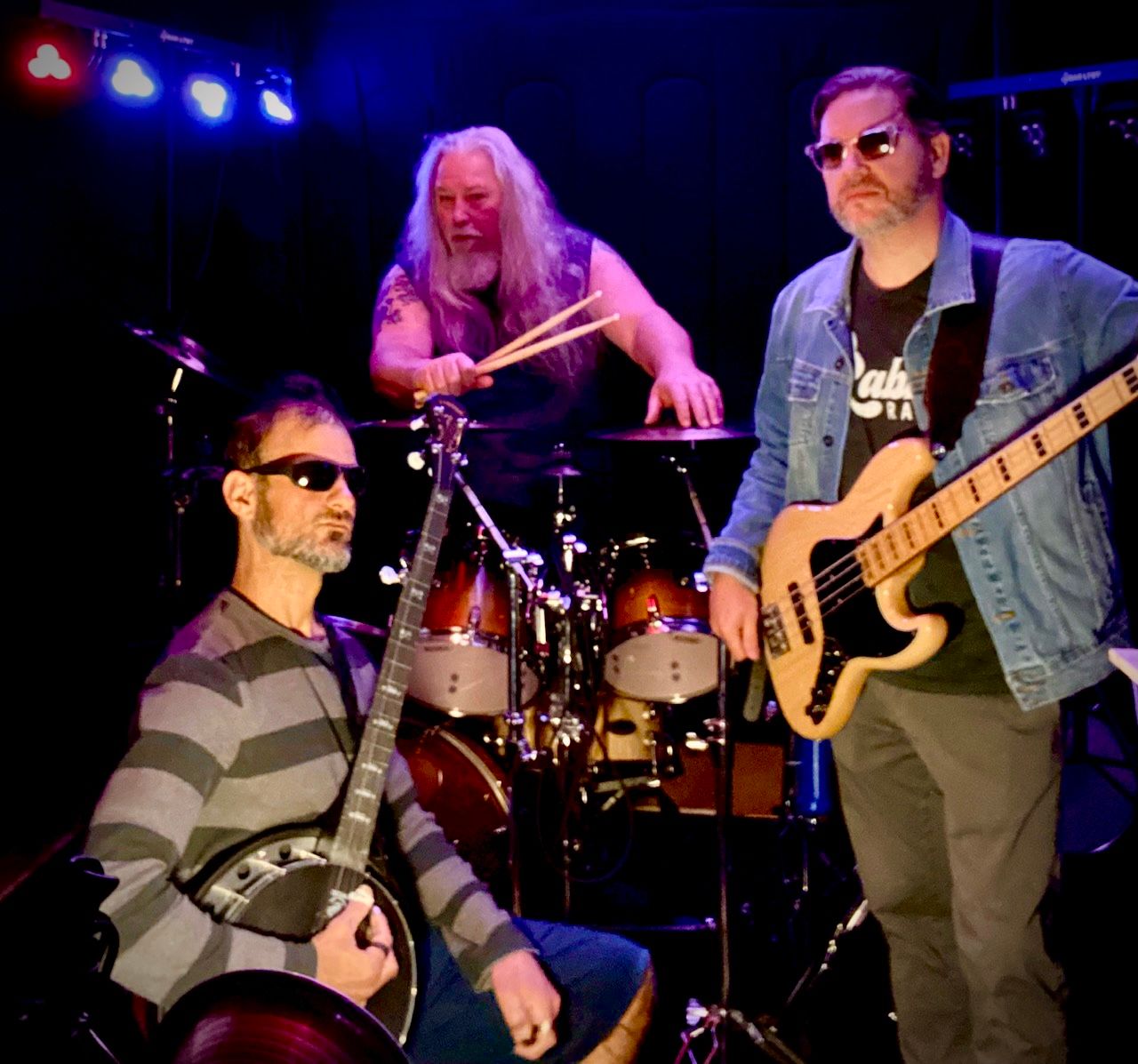 Bellizia is a high-powered punkgrass trio based in Asheville, NC.  They create intense music for those that bypass the top 40 for the bottom dirty.   Bellizia might sound like what you’d hear if Bela Fleck, Iron Maiden, and Jello Biafra had a heavy drinking jam session.

Jhon Bellizia has been playing music, touring, and recording most of his life.   He worked with several different bands in a variety of genres, and also as a solo artist.   Along the way he has played every type of venue across the country from coffee shop to honky-tonk, and dive bar to grand theater.

Jayson Tomlin has toured in bands ranging stylistically from zydeco to blues to punk.  He also works as an audio engineer, producer, and trainer and has worked at some of the biggest studios in the world including Abbey Road, the Village, and the RAK.

Timothy Todd Cook has been banging out rhythms for as long as he can remember and logged his first stage performance at the age of 10.   Most of Tim’s recording and touring has been in the metal genre, although he too has been a part of many diverse bands.

The band is not rooted in a specific genre but hints of bluegrass, metal, rock, punk, blues, and jazz all show up in the music.  The result challenges classification, yet has an undeniable appeal.

To download the Press Photos:  click on the pic, once it enlarges to full screen you can drag it to your desktop.   For phones, after the pic enlarges tap on it to either save to photos or copy.