"Bellizia's style of punk grass is different... and different is good."   Martin Atkins of Tour Smart, NIN, Pigface, and P.I.L. 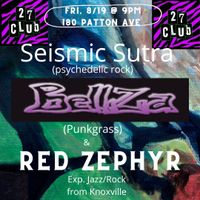 The Asheville debut of Bellizia!!!

Be there for the Asheville debut of Bellizia. It is going to be a great night of musical entertainment with Seismic Sutra (psychedelic rock), and special guests Red Zephyr (instrumental jazz/rock), from Knoxville.

Bellizia is a high-powered punkgrass trio from Asheville, NC.  They create intense music that defies classification, for those that bypass the top 40 for the bottom dirty.

The band is not rooted in a specific genre; but the music contains elements of rock, bluegrass, metal, blues, and jazz.

"Bellizia is to banjo music what Primus is to rock music."  DJ Shaman Noodles

Bassist, Jayson Tomlin, has toured in bands ranging stylistically from zydeco to blues to punk.  He also works as an audio engineer, producer, and trainer and has worked at some of the biggest studios in the world including Abbey Road, the Village, and the RAK.

Timothy Todd Cook has been banging out rhythms for as long as he can remember and logged his first stage performance at the age of 10.   Most of Tim’s recording and touring has been in the metal genre, although he too has been a part of many diverse bands.

Jhon Bellizia has been playing music, touring, and recording most of his life.   He worked with several different bands in a variety of genres, and also as a solo artist.   Along the way he has played every type of venue across the country from coffee shop to honky-tonk, and dive bar to grand theater.

Listen to the Sir Jhon album on Spotify and all other streaming platforms. 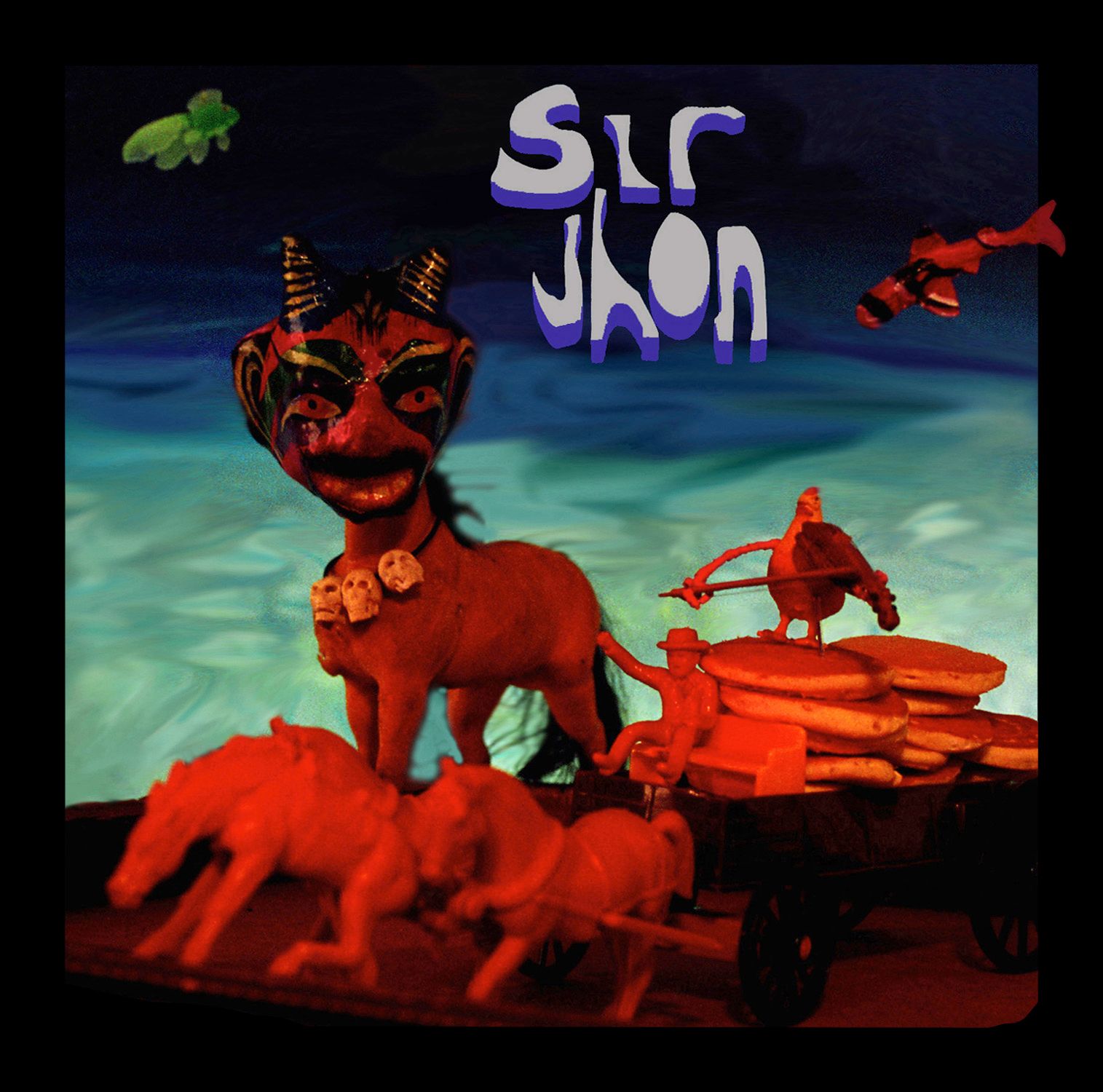 "...sometimes approximating experimental rock with touches of jazz and electronics, at other times sounding like a mildly deranged hoedown on the porch.  Overall Sir Jhon's tone is one of a whimsical gadfly, as apt to unleash peculiar instrumentals as tunes with goofy wordplay and cultural observations.”
Richie Unterberger, All Music Guide

“Sir Jhon is a banjo bad ass!"  Julie the Bruce